The Memories of Margi & Joe 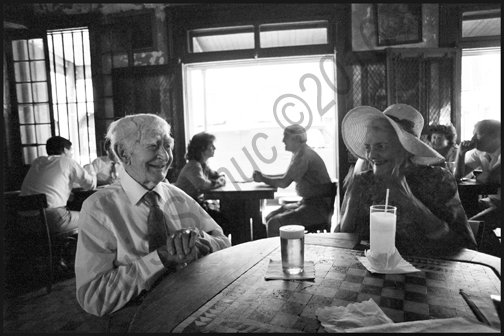 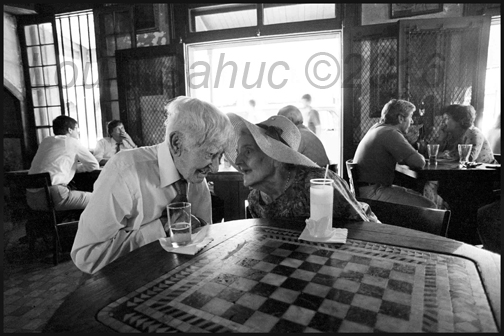 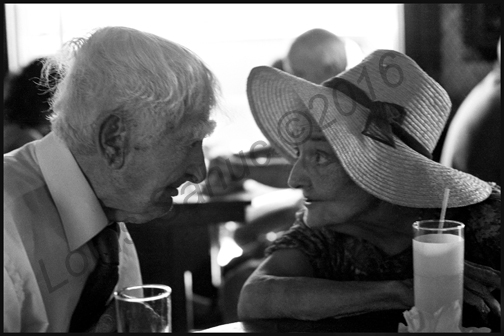 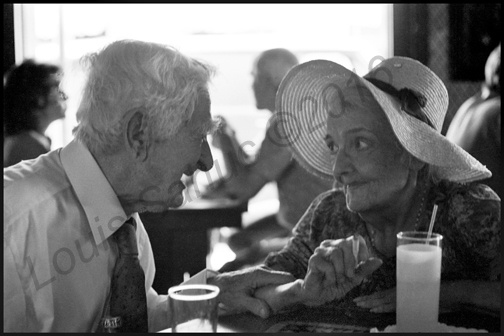 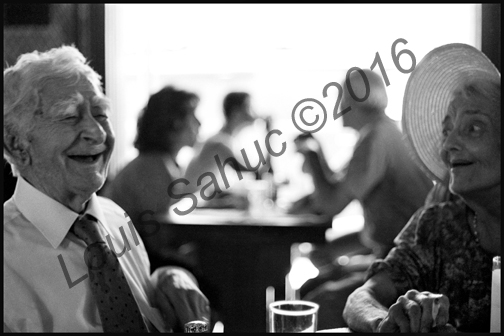 The Story Behind the Series:

I was having lunch one day at The Napoleon House, as I often do,
when Joe came in and sat at my table, as he often did.
Uncle Joe was 98 then and had been proprietor of The Napoleon
House for most of the 1900’s.

Suddenly he popped up from the table like a piece of toast
and went to greet a lady who had just entered the café.
And he seated her at the table in a way I’ve never seen a man
tend a lady.

Her name, I later learned, was Marjorie.
They had known each other since the 1930’s but this unexpected rendez-vous was the first in a long time.

“The Memories of Margi & Joe”

‘Louis Sahuc’s limited edition, fine art photographs are each signed and numbered by the artist.

We can arrange framing at additional cost and are happy to ship anywhere in the world.
521 Saint Ann Street…Right On Jackson Square

“GIVE ART…A Truly Unique Gift that Lasts a Lifetime